Back to top
Edit this page

The profiler records various duration events such as forward (the time for which forward pass of the model ran; event/forward in the images below) and dumps the information in a file using the Chrome Trace format. At the end of the profiling run, the trace file (containing a trace of events dumped by Composer profiler) is merged with PyTorch profiler trace for a unified view of the full profiling trace of the model. For more information on capturing a trace file, please see the Performance Profiling tutorial.

Details about various events of the trainer loop such as the forward pass, backward pass etc. are added to the profiling trace. The various trainer events profiled are listed here. As seen in the image below, the boundaries of trainer loop events such as batch, forward, backward etc. are clearly shown with event/batch, event/forward, event/backward respectively.

DataLoader profiling measures the time it takes the dataloader to return a batch.

The image below shows the time taken by train dataloader (dataloader/train event) in loading batch 2 of epoch 0. 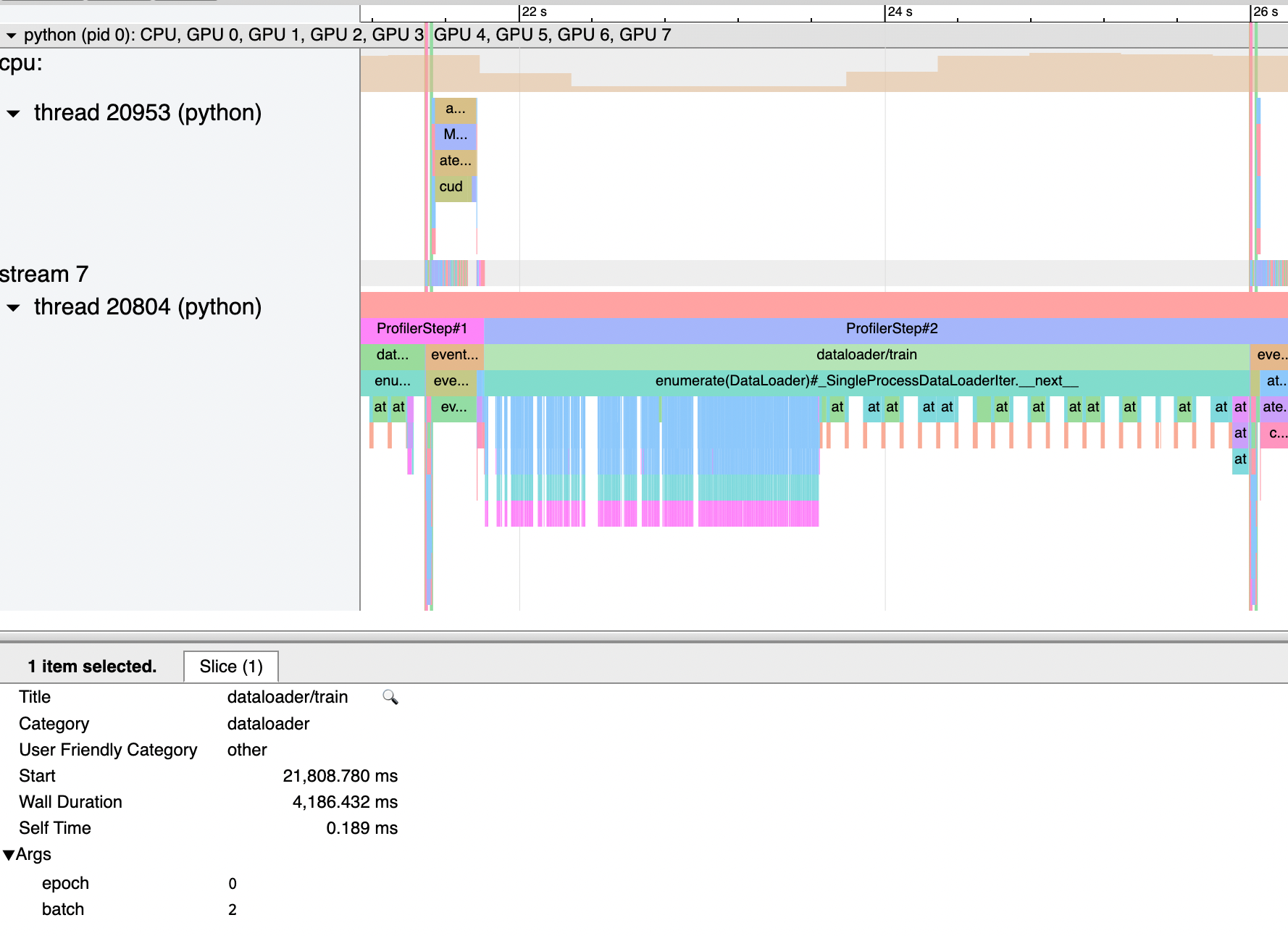 The following image shows recorded cpu and memory utilization (e.g., cpu and memory/cuda/active_mem rows in the picture below) metrics when visualized with the Chrome Trace viewer. 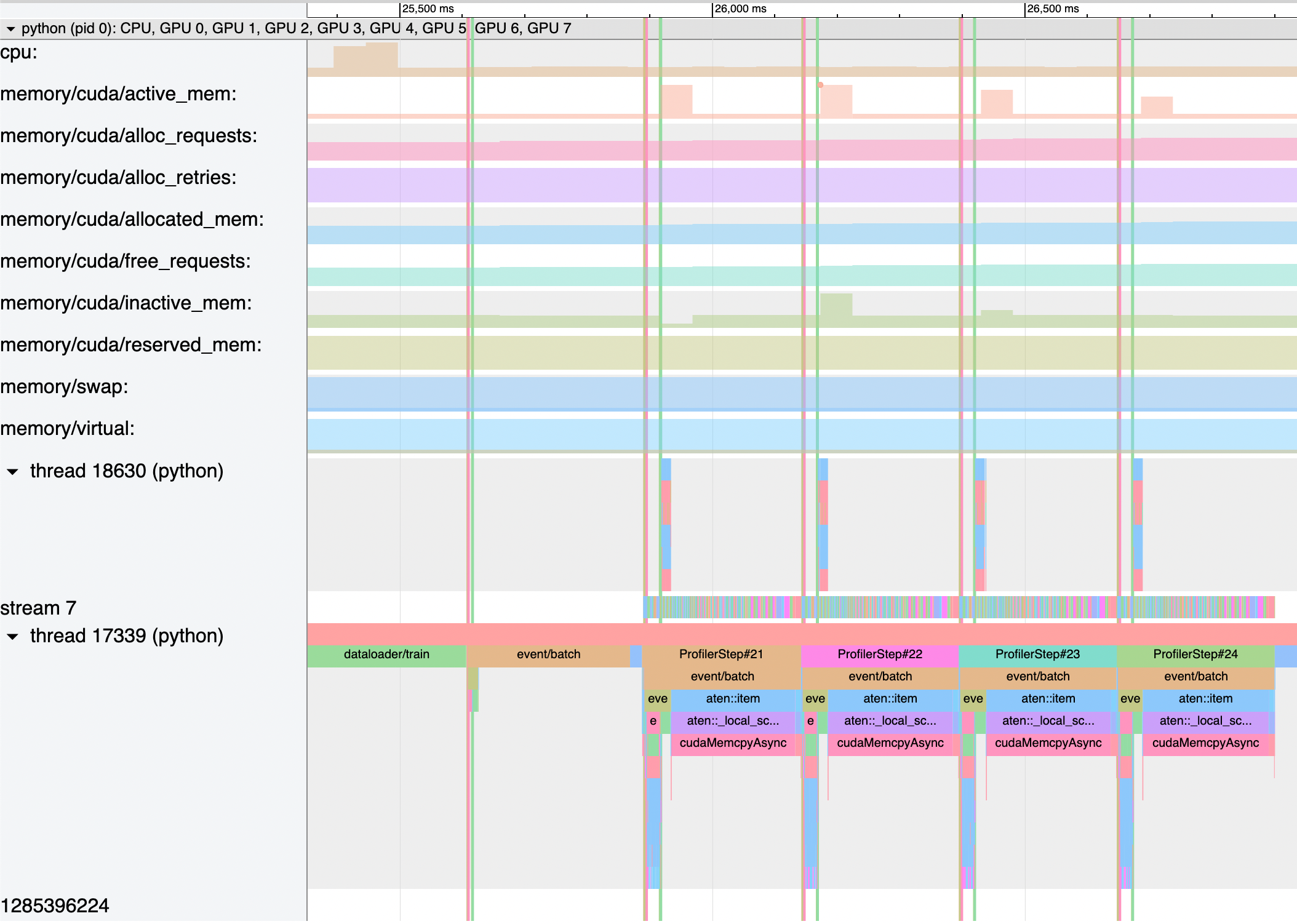 The following two pictures show the trace produced by PyTorch profiler only (top) and by the Composer profiler (bottom) for the same model at the same step. As seen in the bottom picture, the boundaries of trainer loop events such as forward, backward, epoch etc. are clearly marked with event/forward, event/backward, event/epoch, respectively, and seamlessly merged with the trace from the PyTorch profiler.

The image below shows the trace collected with num_workers=0 (i.e., only a single process is used by the train dataloader to load a batch of data). Just by looking at this trace, one can tell that dataloader/train is taking much more time than event/batch (this event contains the forward and backward pass). Therefore, one can conclude that training is dataloader bottlenecked and that increasing the number of workers used for loading data will be helpful.

The same model and dataset as above, but with num_workers=8. We see that dataloder/train is much smaller (almost invisible in the image below) in comparison to the time in event/forward.